An American Horror Story the ebook 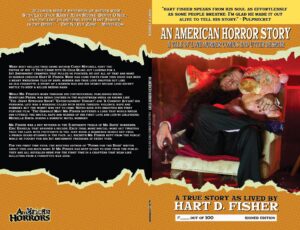 Hart D. Fisher, the infamous author of the Jeffrey Dahmer comics seen on the recent Netflix Dahmer series by Ryan Murphy, tells the true story Netflix didn’t want you to hear: daytime talk show truth they don’t want you to know about the talk show mill and what the families of crime victims REALLY go through, the protest marches, the death threats, the rape and murder of his first love, Michelle, true crime like you’ve never read it before written by the man who lived to tell a harrowing tale of comics, love, murder and utter despair, Hart D. Fisher’s story.

This is the ebook release of the limited edition version of An American Horror Story by Hart D. Fisher and your download link will be emailed to you after purchase.

There are no reviews yet.